On 22 October 2018, the Prime Minister, the Hon Scott Morrison MP, apologised to victims and survivors of institutional child sexual abuse on behalf of the Australian Government, and all Australians.

The Prime Minister delivered the formal National Apology, and Leader of the Opposition addressed guests, in the Great Hall after moving the National Apology in the House of Representatives.

Survivors and those personally affected by institutional child sexual abuse can request memorabilia of the National Apology, including a copy For more information, see the government’s website here: https://www.childabuseroyalcommissionresponse.gov.au/national-apology

Speeches given in the Senate

On the 16th November 2009 at 11am the Prime Minister, Kevin Rudd and former Opposition Leader Malcolm Turnbull delivered a Federal Apology to all Care Leavers including the Forgotten Australians and former Child Migrants.

The apology was attended my hundreds and watched by thousands when delivered in the Great Hall in Parliament House, Canberra.

A transcript of the apology by Prime Minister, Kevin Rudd to the Forgotten Australians and former child migrants on 16th November 2009 at Parliament House, Canberra 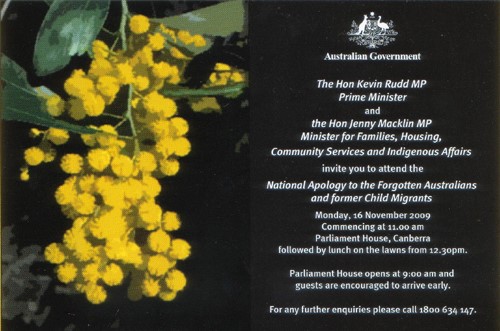 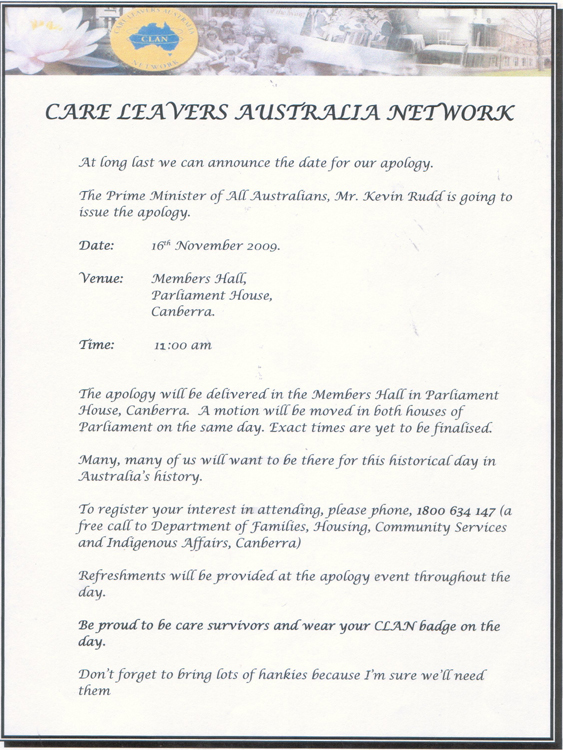 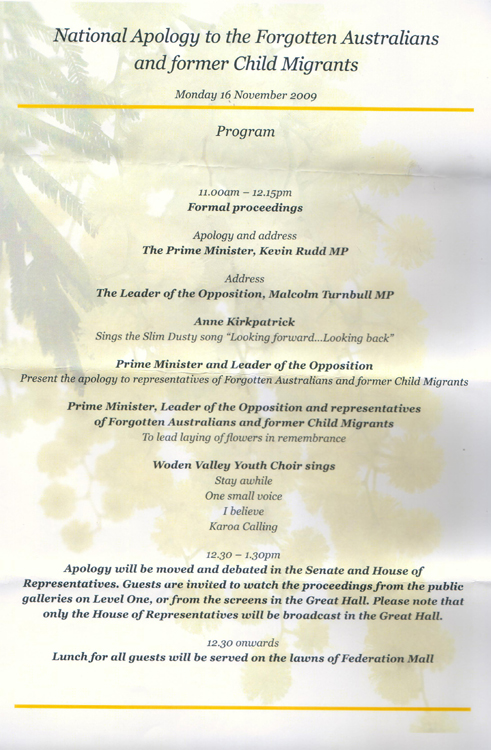 Apologies from States and Organizations

Apology By The General of the Salvation Army General Shaw Clifton