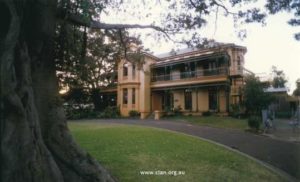 Scarba House for Children at Bondi was opened in 1965. It was previously known as Scarba Welfare House for Children. It was run by the Benevolent Society of New South Wales and was a home for babies and small children. During the 1970s it developed a range of early childhood programmes. Scarba stopped providing residential care for children in 1986.

In 2006 the Benevolent Society published a history of Scarba, as part of its response to the Senate Inquiry into the Forgotten Australians. The report intended to set out the good and the bad, and acknowledge mistakes made in the care of children. One of these mistakes was to fail to keep adequate records of children from the period 1917-1965.

From the 1960s Scarba’s record-keeping improved, and mismanagement and poor child care practices became evident. These included separating children from their siblings, a lack of toys and affection, and sending children to bed in the afternoon. In the 1970s Scarba opened a day care service and provided hospital care. Playgrounds and nursery toys were added. By the 1980s Scarba was operating as a family group home, and focussed on therapy for children and families.

In 1986 the Benevolent Society closed the home, to concentrate on offering day care and family support services. Scarba Family Centre then operated from the site. 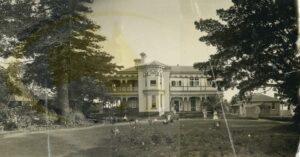