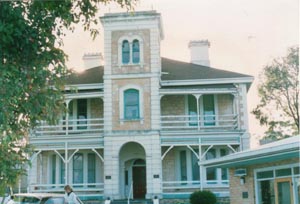 Front picture is of the main building.

The plaque at the left as you look at it is no. 9.

At the bottom right as you look at it is part of the officers’ quarters, the window behind that is the window that leads into the main dining room.

Either side of that upstairs was staff quarters.

In 1900 The Salvation Army leased a mansion of seventeen rooms, plus outbuildings, and over 130 acres (52 hectares) of farming land formerly owned by Hon. Mr J Ramsay. On this property, known as Eden Park, it established a probationary or reformatory home for boys. The first Manager was Captain Michel and he received the fi rst group of boys into the home.
Many of the boys placed at Eden Park were juvenile offenders or boys considered to have ‘behavioural problems’. Although ‘troublesome’, they were not considered to be ‘bad enough for a reformatory’. From 1901 Eden Park was recognised as a Probationary School and was subsidised by the Government.

Boys who had been made wards of the state were placed in the home and the Government paid six shillings and six pence per week for each child. While the boys were cared for by The Salvation Army, the home was entirely under the control of the Children’s Welfare and Public Relief Board and therefore subject to the authority of the Secretary of the department in the same manner as the main government reformatories.

In 1905 the Ramsay Estate offered the property for sale and The Salvation Army bought it for £2200, with assistance from a number of prominent well known citizens of Adelaide. That year the home was providing accommodation for approximately forty boys of school age and older. Children initially attended a Salvation Army school in Mount Barker but were later allowed to go to a state school in Adelaide. For this purpose some of the younger boys were moved to the Kent Town Boys Home which was established as a city home in 1929.

Through the 1970s the home cared particularly for boys with emotional and behavioural problems. Eden Park ceased to operate as a boys’ home in December 1982, but was retained by the Army and used as the country site for an alcohol rehabilitation program. The property was sold into private hands in 1997. 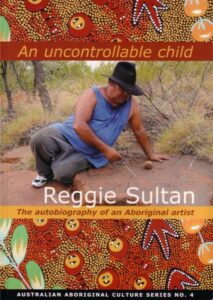 This book includes a biography of an Aboriginal artist, Reggie Sultan, from his delinquent childhood to successful artist. It also explains the meaning behind the motifs in Central Australian Aboriginal art