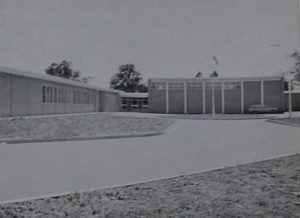 This reformatory was built specifically for boys between the ages nine and fifteen who were still attending school at the time of their committal to the care of the department for an offence. It was officially opened in February 1965. Boys of school age, who were inmates of the Magill Reformatory, were transferred to their new residence in June of the same year. Brookway Park initially had the capacity to accommodate up to sixty boys in both dormitories and single rooms. Extensions were soon made to accommodate more. While at Brookway Park boys were taught by an Education Department teacher, receiving regular schooling as well as craft instruction. Religious services were held in a chapel built as part of the new institution. Clergymen from different faiths visited the chapel weekly to give lessons and services. While not in classes, boys were under the care of staff of the Department of Social Welfare. A range of activities, including music classes and competitive sports, were provided and an annual summer camp held at a Departmental campsite, Woorabinda, in the Adelaide Hills.

During the late 1960s the institution sometimes accommodated between 80 and 90 boys. As it had originally been built for just 66, overcrowding became a serious problem. From 1971, new procedures were adopted at the institution such as were also in operation at McNally Training Centre. These included a ‘Programme Panel’ which interviewed and set up a program of work for each new inmate and a Review Board which assessed each boy’s situation monthly. Regular counselling and group discussion sessions were also introduced. During the 1970s buildings at Brookway Park were altered to allow boys to be separated into different residential ‘units’ based on their treatment needs. One unit was designated as ‘secure’ for boys who needed ‘intensive treatment’ and another as ‘open’ for trusted boys who attended school locally. In 1975 when the Windana Remand Home closed, a residential assessment unit was also erected at Brookway Park. Each of these units was later given a name.

Brookway Park closed on 1 September 1978 and boys were sent instead to the South Australian Youth Remand and Assessment Centre, a residential assessment centre for both boys and girls, aged between ten and eighteen.