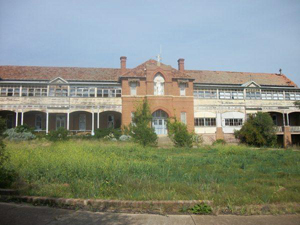 Information below is cited from: http://adb.anu.edu.au/biography/vale-mary-11906

Mary Vale (1887-1968), Sister of Mercy, was born on 30 September 1887 at Mudgee, New South Wales, younger of twin daughters and second of nine children of Australian-born parents Maurice Vale, draper, and his wife Mary, née McMahon. Mary was educated by the Sisters of Mercy at Mudgee. Like others in her family, she was musically inclined and learned to play the piano. When her mother died in 1909, Mary looked after her siblings, who called her ‘Mim’. In 1914 she joined the Sisters of Mercy, entering St Michael’s Central Novitiate and Scholasticate, Goulburn. Professed on 21 September 1916, she took the religious name of Mary Alphonsus Liguori and made her final vows on 18 January 1922. Having trained as an infants’ schoolteacher, she taught at the parish school and gave music lessons after hours.

In 1930 Sister Liguori took charge of St John’s Orphanage for Boys, where she was assisted by four other Sisters who taught in the attached school. Although the resources of the home were strained by some eighty boys (rising to about 140 during World War II), she could not turn away a needy child. On several occasions she took in whole families until they could be accommodated elsewhere. She managed to see that the boys were warm and reasonably fed, and tried to ensure that the older ones were well dressed when they attended the Christian Brothers’ school. Endeavouring to augment the limited funds, she continued to give music lessons to outside pupils and was responsible for a dairy. The boys, under supervision, milked the cows and distributed milk to the townspeople.

Compassionate and warm hearted, Sister Liguori was short in stature and inclined to be stout. Her complexion was florid, and, as she aged, she carried her head a little to the side. Her voice was soft. She tried to create a feeling of security and to give each boy a sense of his own dignity. In an effort to maintain family ties, she arranged for those boys who had sisters at the girls’ orphanage to spend time with them. When she saw her charges had a special need, she tried to meet it. In 1927 she had established St John’s Hostel for working orphan boys who were unable to pay boarding house fees. Two of her aunts cared for them to provide elements of home life.

Mother Liguori (by 1942) took a keen interest in and maintained contact with her old boys. To promote a sense of solidarity, she organized reunions, at which a Redemptorist Father conducted a retreat. The reunions were to continue until the home closed in 1978, by which year almost two thousand boys had been cared for at St John’s. In 1945 Mother Liguori was transferred to St Joseph’s Orphanage for Girls. She returned to St John’s home for three years in 1952. In semi-retirement, she taught music at Stockinbingal, and then at Crookwell until about 1962. A woman of faith, hope, love and prayer, she died on 3 February 1968 at Mount St Joseph’s Home, Young, and was buried in the local cemetery. 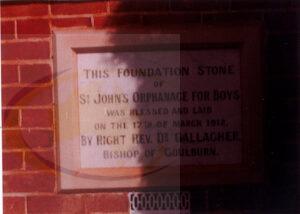 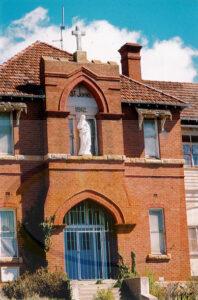 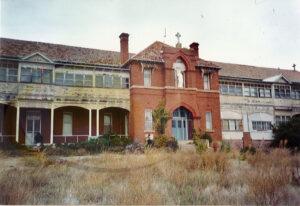