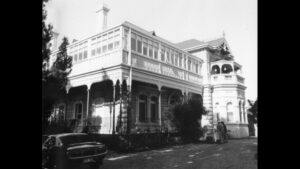 The following is an extract from the Camberwell Historical Society:

The Salvation Army has its roots in the wok of Rev. William Booth who began his outreach ministry to the people of London in 1865.  The Salvation Army was formally established in 1878.  The first meeting in Australia was held in Adelaide on 5 September 1880, followed by Sydney, then Melbourne on 24 December 1882.

Commissioner James Hay, a long time resident in the Camberwell district, conscious of the eastward spread of population, directed that a Corps be established in Camberwell.  The first public meeting was held on 29 January 1910 in the Upper Hawthorn Hall, 216 Camberwell Road, Hawthorn.  A Citadel was quickly built at 546 Burke Road and opened in December 1910.  Captain Lily Temby and Lieutenant Edith Dunstan led the Corps.  This building was destroyed by arson in 1955 and replaced with a four storey building.  The adjacent youth hall was destroyed by fire the following year.

With the Burke Road building outgrown, a new facility was opened on 5 September 1981 at Bowen street where the Army provides aged care services at Bethany, activities for senior citizens and children and a new citadel.  In 1912, the Army opened the East Camberwell Girls’ Home in Brinsley Road, in the now demolished former Baillieu home, the present site of Brinsley Nature Reserve.  This home, which changed its name to the William Booth Memorial Home, closed in 1972. 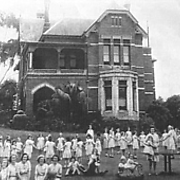 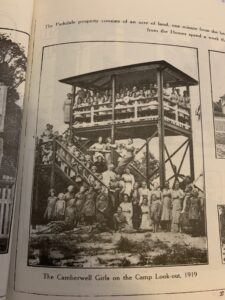 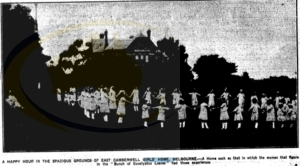