Dalwood Children’s Home was a home for mothers and babies and opened in 1924. In 1931 it became a public hospital, and began to provide support to children who could not be cared for in their own homes.

On April 19, 1985 someone murdered Christopher Kevin Hatfield in the lounge room of his home. He was shot four times in the temple and once in the chest. His wife Irena and her two daughters were asleep in upstairs bedrooms at the time. In 1997 Irena Hatfield was arrested and charged with the murder of her husband. Irena’s former lover, Atticus Busby, alleged that Irena confessed to him that she had shot her husband. though no scientific evidence was found to implicate Irena the police believed they had enough evidence to prosecute. After a sensational and high profile trial Irena walked free from the courtroom found not guilty of her husband’s murder. the murderer has never been found. the case remains open. So who is Irena Hatfield? this book pulls no punches and reveals details of the emotional and physical abuse Irena suffered as a child; her dalliances as a young girl exploring her sexuality; and her current life as gallery director of an art gallery on the Far North Coast of New South Wales. Irena Hatfield is a woman determined to live her life to the full – regardless of how others label her. Irena is her story. 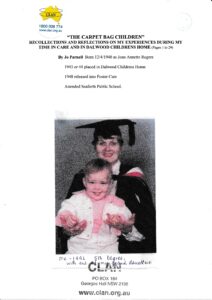