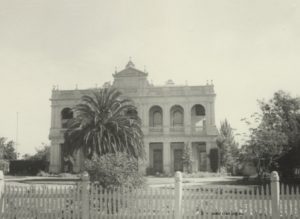 The Catherine Booth Girls’ Home was opened by the Salvation Army in 1915 in ‘Blackhall’ mansion, East Kew. The Home housed girls aged between 4 and 16 years old.

The Catherine Booth Girls’ Home was situated at 26 Sackville Street, East Kew, in a mansion known as Blackhall. Catherine Booth and her husband William were the founders of the Salvation Army.

The East Kew Home accommodated about 90 to 100 girls. During the mid 1950s attempts were made to convert the large scale dormitories to smaller unit accommodation. In the 1960s, the Home began accepting boys aged 2 to 8 years, to keep siblings together. By 1969, its capacity had reduced to 48 with an increasing emphasis on small group care for girls in the 4 to 16 year old age group.

In 1972, children were transferred to the Home when the Salvation Army closed the William Booth Girls’ Home in East Camberwell Home.

During the 1970s, the Salvation Army was becoming increasingly aware that children living at East Kew, coming originally from Melbourne’s northern and western suburbs, were experiencing difficulty coping with social involvement in the Kew community. Planning began to relocate the operations to Jacana in the North Western suburbs.