There appears to have been three Homes in the one location; one was a ‘reformatory’.  Also known as Bayswater Boys Home.

Deaths of people who were in Bayswater Boys Home:

The longest established institution in the community are the buildings once known as the Salvation Army Bayswater Youth Training Centre, or No. 1 Home, or No. 2 Home, as the junior section was termed.  The No. 2 home is now used as a camp and conference centre.  The No. 1 home now operates as a farm and “SkillShare”centre.  These homes were established in 1987, on 409 acres of land part purchased from one of the original settlers, David Dobson.  They once provided help and guidance to many youths who committed offences which brought them into the hands of the police, and for younger boys who, because of neglect, were in danger of falling into criminal tendencies.  The homes originally commenced in response to a request by the Government of the day, for religious denominations to open homes to replace reformatories.

The first junior home was situated near the existing water tanks in Mountain Highway, but after being destroyed by fire in 1912, was rebuilt on Liverpool Road.  The original home was known as “The Garden Of Eden”and this name was prominently displayed on the front gate.

The Bayswater Youth Training Centre’s farm and associated workshops provided valuable work experiences for thousands of boys who passed through its gates and in earlier times a large staff of Salvation Army Officers had the invaluable opportunity of working alongside these boys and getting to know them through this close work contact.  (Many retired officers still have regular contact with “boys”from their time at “Bayswater”).  On 30 June 1987, the “Bayswater”Youth Training Centre was closed by a shift in Government policies regarding institutional care.

Articles in reference to home:

Pedophile John Maria Beyer has been sentenced to 9years Jail: ‘Click Here’ To View The Article On The Sydney Morning Herald. 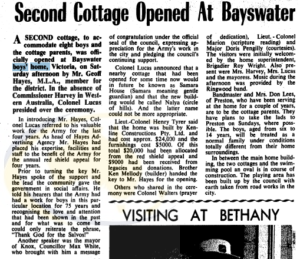 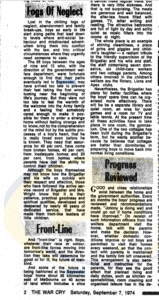