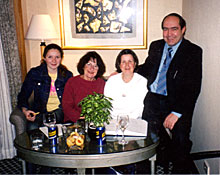 CLAN was founded in July 2000 by two Sydney Care Leavers, Joanna Penglase, and Leonie Sheedy. Leonie was a State Ward in Victoria, who grew up in a Catholic Children’s Home. Joanna grew up in New South Wales, in a non-government Children’s Home that was run as a business under licence from the Child Welfare Department (now DCJ).

Their childhoods spanned the decades, after WW2, the late 1940s, 50s and 60s. They met when Joanna was researching her PhD thesis which was based on her experience growing up in a Home and the stories of 90 other people who grew up in care in NSW. Joanna put out over 150 ads in local newspapers to reach out to other Care Leavers.

When Joanna’s thesis was finished, she met up with Leonie and they decided to start a support and advocacy group for people like them – Care Leavers of Australia Network, or CLAN.

The below are words by Joanna Penglase:

“Both of us had been trying for years, in different ways to create awareness in the community of the issues arising from our childhood growing up in care. We had two main objectives.

Firstly, for our stories to be known and acknowledged. We felt invisible. Nobody knew about us and our childhood history. Governments had recognised the special history, circumstances and needs of adoptees, the Stolen Generations and child migrants, but not the people who’d grown up in Orphanages and Children’s Homes, separated from our parents and kin, under an absolutely appalling system in which we had been abused and neglected and turned out to fend for ourselves without any of the skills you need to function in the outside world. Nobody knew the consequences and terrible effects on our adult lives of our childhood experiences in Homes; from growing up separated from our families, losing some of them forever.

CLAN’s second objective was to get services for all Care Leavers since there were, and still are almost none to speak of. CLAN’s first objective was achieved when we got the Senate Inquiry and Forgotten Australians report in 2004. We are now on the public record and nobody can say “Oh I didn’t know”.  The Forgotten Australians report records in graphic detail the unsafe, improper and unlawful care of children and the systemic failure of duty of care so familiar to us all.

Our second objective continues to drive us. The blueprint mapped out in the 39 recommendations of the Forgotten Australians report (which is now 18 years ago, at the time of writing!) We have had a National Apology but we still campaign for better record keeping, support services and National Redress. It has taken the current Royal Commission to bring about a National response from the Federal Government on Redress. CLAN had 38 members at our first public meeting on October 21, 2000, held at the Exodus Foundation in Ashfield,

Sydney run by Reverend Bill Crews, an early supporter whose help got us started. More than 200 people came to that meeting. Some who joined CLAN that night are still with us today. It was an incredible occasion as people finally felt able to speak about their experiences and emotions, breaking that terrible sense of isolation, recognising we were not alone, there are thousands of us and we all share the same background. We all come from the same place.

As CLAN’s membership started to grow, Leonie and I worked out of a back room of her house, on nights and weekends, since we both had families and paid jobs. Leonie and I were helped by a handful of others. I want to pay special tribute to Dorothy and David Forbes and to Ray Flett, from the ACT, whose generous personal donation of $200 got the ball rolling for CLAN.

The only money we had came from donations and memberships. It was $5 for a long time until we were forced to double it to give us more income. We couldn’t do a great deal at first except talk at any opportunity about CLAN, pestering radio and TV stations, journalists and politicians if we got the chance. We never missed sending the newsletter to our growing  membership, and kept hammering on the doors of anybody who might give us funding, including state governments.

We finally got some real help when a few individuals from some past provider organisations – the ones that ran Homes – supported a push for donations from their own agencies. We got contributions of up to $5000 from a few of these organisations and from some state governments and with this money, opened an office, set up a website, the library and paid Leonie so she could leave her job and run CLAN. CLAN kept up the pressure for media coverage of Care Leaver issues and have had a lot of success over the years including the ABC’s 4 Corners program in August 2003 called The Homies.

The CLAN office was officially opened in March 2004 by Australian Democrats Senator Andrew Murray. Leonie and I met Senator Murray in 2002 when giving evidence to the Child Migrant Inquiry. Like other Senators on that committee, Senator Murray had no idea institutionalisation was a common experience for Australian Children up to the 1970s and pushed for another inquiry, enlisting CLAN’s help to do this.

CLAN spent 15 months lobbying Federal Politicians for an inquiry that got through Parliament in March 2003 and reported in August 2004. CLAN has come a long way in 17 years from an idea to a force to be reckoned with. We hope this short history has given you an understanding of what we’ve done and why it is so vital to keep going so that CLAN can continue to build on these hard won achievements.”

Joanna is the author of the only book that tells the history of Care Leavers who grew up in “care” in the 20th century, “Orphans of the Living”. To purchase a copy, contact the CLAN office. We have limited copies available for $25 + $10 postage. 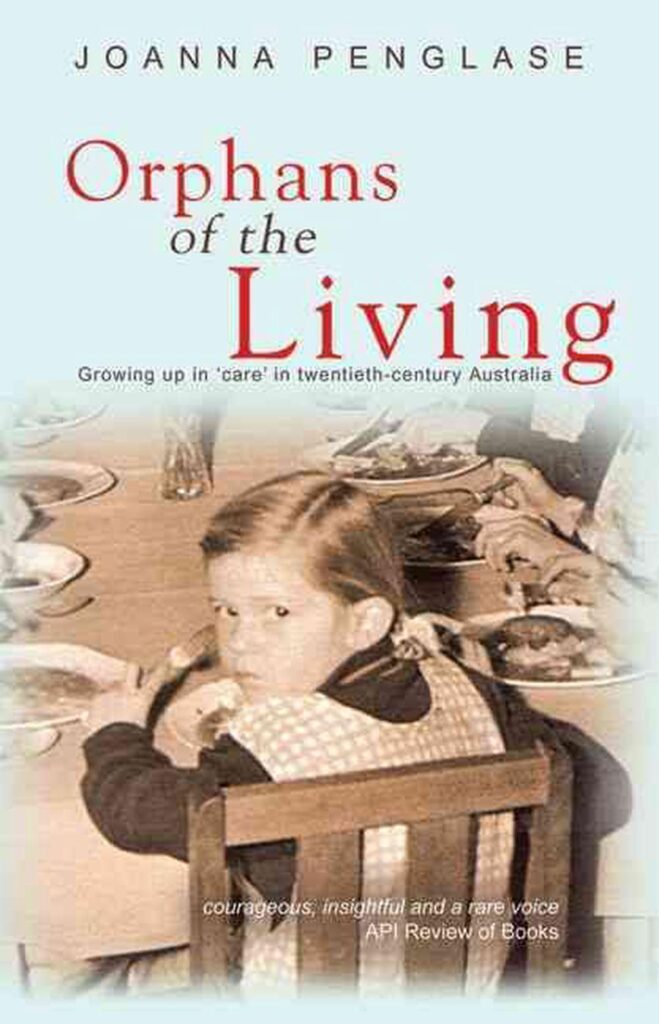